The School of Life - EbooksThe School of life is an educational organization founded by Alain de Botton, atheist 2.0 author and philosopher. This series is from educators who work at the School of Life. The nice thing about these self help books is that there is no religious mumbo jumbo in them. How to Stay Sane How to Deal with Adversity How to Find Fulfilling Work How to Change the World How to Age How to Think More About Sex How to Be AloneHow to Think About Exercise END_OF_DOCUMENT_TOKEN_TO_BE_REPLACED

This book will: – Fill in those gaps in your knowledge by teaching you what you didn’t know you needed to know – Explain the science of how exactly behaviors are stopped. – Explain how you can use this information to train bullies to stop – Provide real life examples of how exactly this works and more importantly why it works. 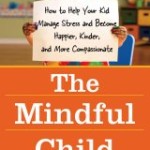 The Mindful Child: How to Help Your Kid Manage Stress and Become Happier, Kinder, and More CompassionateThe Mindful Child by Susan Greenland is a book about meditation for children.Susan Kaiser Greenland, JD is a former corporate attorney who developed the Inner Kids mindful awareness program for children, teens and their families. Research on the Inner Kids elementary school program was conducted at the Mindful Awareness Research Center at UCLA and is published in the Journal of Applied School Psychology. END_OF_DOCUMENT_TOKEN_TO_BE_REPLACED 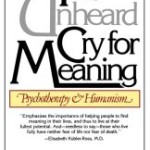 The Unheard Cry for Meaning: Psychotherapy and HumanismThe Unheard Cry for Meaning by Viktor Frankl is a wonderful book that combines humanism with self help and psychotherapy. Addressing our angst and search for meaning and it's impact on our mental health. And he does this all from an explicitly Humanist frame of reference.In these selected essays, written between 1947 and 1977, Dr. Frankl illustrates the vital importance of the human dimension in psychotherapy. Using a wide range of subjects—including END_OF_DOCUMENT_TOKEN_TO_BE_REPLACED

How to Become a Really Good Pain in the Ass: A Critical Thinker's Guide to Asking the Right QuestionsIn a media-driven world of talking heads, gurus, urban legends, and hype, learning to think more clearly and critically, and helping others to do the same, is one of the most important things you can do. This book by Christopher Dicarlo will help you learn those skills.In this witty, incisive guide to critical thinking the author provides you with the tools to allow you to question beliefs and assumptions END_OF_DOCUMENT_TOKEN_TO_BE_REPLACED

The Wellness SyndromeThe Wellness Syndrome is a book about how our obsession with wellness is actually hurting us. The impetus we have to equate wellness with morality is the central problem. This book straddles the discussion between humanism and wellness.In this ground-breaking new book, Carl Cederström and André Spicer argue that the ever-present pressure to maximize our wellness has started to work against us, making us feel worse and provoking us to withdraw into ourselves. The Wellness Syndrome END_OF_DOCUMENT_TOKEN_TO_BE_REPLACED 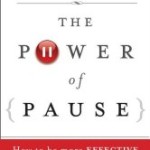 The Power of Pause: How to be More Effective in a Demanding, 24/7 World The Power of Pause by Nance Guilmartin is an excellent book. It is basically about how to take a pause so you can think more rationally and strategically and thus give yourself a better chance of success. This ability to pause so you can think before you act is the first step to thinking critically. Nance provides excellent easy to implement exercises to help you master the technique. This practical method helps even the most END_OF_DOCUMENT_TOKEN_TO_BE_REPLACED

Heller simplifies what is often found mysterious, describing and providing detailed instructions for 32 different practices, ensuring that anyone can find the right one.

This book discusses how Humanists approach the important business of living a life that is fully realized and understanding what success really means. It is designed to help you think more explicitly about how to live your values fully, using critical thinking to improve your odds of success and to remove the fears that overwhelm you.

Gleb Tsipursky’s new workbook, “Find Your Purpose Using Science” is a nice addition to your science based self help library. It is filled with thought provoking exercises as well information on what research has shown works to provide meaning and purpose to people’s lives. 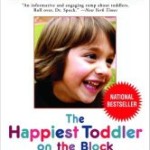 The Happiest Toddler on the Block: How to Eliminate Tantrums and Raise a Patient, Respectful and Cooperative One- to Four-Year-Old: Revised Edition This is the excellent follow up to Dr. Karp's Happiest Baby on the Block. It's just as helpful and just as useful to help you understand the brain of your toddler so you can communicate with them more effectively.   It's based on evolutionary theory made easy to understand.Children between the ages of one and four go through four stages of “evolutionary” END_OF_DOCUMENT_TOKEN_TO_BE_REPLACED 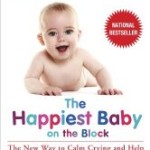 The Happiest Baby on the Block: The New Way to Calm Crying and Help Your Newborn Baby Sleep Longer  It is not an understatement to say this book saved my husband and I's sanity during our son's first year. - Jennifer Hancock In a innovative and thought-provoking reevaluation of early infancy, Dr. Karp blends modern science and ancient wisdom to prove that newborns are not fully ready for the world when they are born. Through his research and experience, he has developed four basic principles END_OF_DOCUMENT_TOKEN_TO_BE_REPLACED

What Do You Believe?  From DK - What Do You Believe? introduces readers to the many religions of the world and its equally numerous philosophies, from global religions such as Christianity, Judaism, Islam, and Buddhism, to lesser-known faiths, and from ancient philosophers such as Socrates, Aristotle, and Plato, to modern thinkers such as Kierkegaard, Nietzsche, Kant, and Sartre. END_OF_DOCUMENT_TOKEN_TO_BE_REPLACED

Sex & God: How Religion Distorts Sexuality It is amazing how much baggage people carry with them when they have sex. The Humanist approach to sex is that it is a foundational human urge. Similar to the need for food. It should be consensual and pleasurable, for everyone involved. We do not consider it sinful unless it is coerced or causes harm.  Dr. Darrel Ray has written a wonderful book for people who experienced religious indoctrination about sex who find now that the guilt they attach END_OF_DOCUMENT_TOKEN_TO_BE_REPLACED 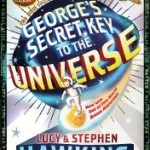 George's Secret Key to the Universe In their bestselling book for young readers, noted physicist Stephen Hawking and his daughter, Lucy, provide a grand and funny adventure that explains fascinating information about our universe, including Dr. Hawking's latest ideas about black holes. It's the story of George, who's taken through the vastness of space by a scientist, his daughter, and their super-computer named Cosmos. George's Secret Key to the Universe was a New York Times bestseller and a END_OF_DOCUMENT_TOKEN_TO_BE_REPLACED

In this book, we will discuss the research on generational differences and consider how we might use the knowledge to create more effective communication strategies. At the core of this approach is a humanistic respect for the dignity and worth of each human in your company.

The Magic of Reality: How We Know What's Really True This is a beautiful book illustrated by David McKean - Filled with clever thought experiments and jaw-dropping facts, The Magic of Reality explains a stunningly wide range of natural phenomena: How old is the universe? Why do the continents look like disconnected pieces of a jigsaw puzzle? What causes tsunamis? Why are there so many kinds of plants and animals? Who was the first man, or woman? Starting with the magical, mythical explanations END_OF_DOCUMENT_TOKEN_TO_BE_REPLACED 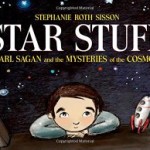 Star Stuff: Carl Sagan and the Mysteries of the Cosmos For every child who has ever looked up at the stars and asked, "What are they?" comes the story of a curious boy who never stopped wondering: Carl Sagan. When Carl Sagan was a young boy he went to the 1939 World's Fair and his life was changed forever. From that day on he never stopped marveling at the universe and seeking to understand it better. Star Stuff follows Carl from his days star gazing from the bedroom window of his Brooklyn apartment, END_OF_DOCUMENT_TOKEN_TO_BE_REPLACED 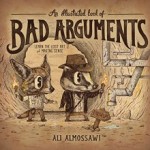 An Illustrated Book of Bad Arguments  Here are cogent explanations of the straw man fallacy, the slippery slope argument, the ad hominem attack, and other common attempts at reasoning that actually fall short—plus a beautifully drawn menagerie of animals who (adorably) commit every logical faux pas. Rabbit thinks a strange light in the sky must be a UFO because no one can prove otherwise (the appeal to ignorance). And Lion doesn’t believe that gas emissions harm the planet because, if that END_OF_DOCUMENT_TOKEN_TO_BE_REPLACED

Logically Fallacious is one of the most comprehensive collections of logical fallacies with all original examples and easy to understand descriptions, perfect for educators, debaters, or anyone who wants to be improve his or her reasoning skills 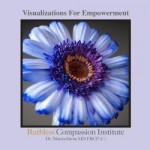 Visualizations For Empowerment By Dr. Sirota of The Ruthless Compassion Institute. This audio program walks you through 11 different visualization exercises on this full-length audio CD. These are designed to help people connect to the different parts of their psyche and to heal the wounds of childhood. END_OF_DOCUMENT_TOKEN_TO_BE_REPLACED

This streaming video on applied humanism discusses a humanistic approach to the important business of living a life that is fully realized, to help you not only understand what success really means but how to achieve it. Learn how to stay focused and not give up when you hit a roadblock on your road to success! Taught by Jennifer Hancock, founder of Humanist Learning Systems.